The Navy, Army and Air Force Institutes (NAAFI) has been serving Forces communities across the world for over 100 years.

The British Government established NAAFI on 9th December 1920 by combining the Expeditionary Force Canteens (EFC) and the Navy and Army Canteen Board (NACB) to run the recreational establishments needed by the Armed Forces, and to sell goods to servicemen and their families. NAAFI expanded its operation over the next 17 years, supporting military bases and deployments across the world, from Bermuda and Jamaica, to Singapore and China.

At the outbreak of WWII NAAFI grew exponentially to support the troops on active service, with the number of employees rising from 8,000 to a peak of 110,000 and the number of trading outlets growing from 1,350 to almost 10,000. Tragically, 550 NAAFI employees lost their lives supporting the war effort overseas. 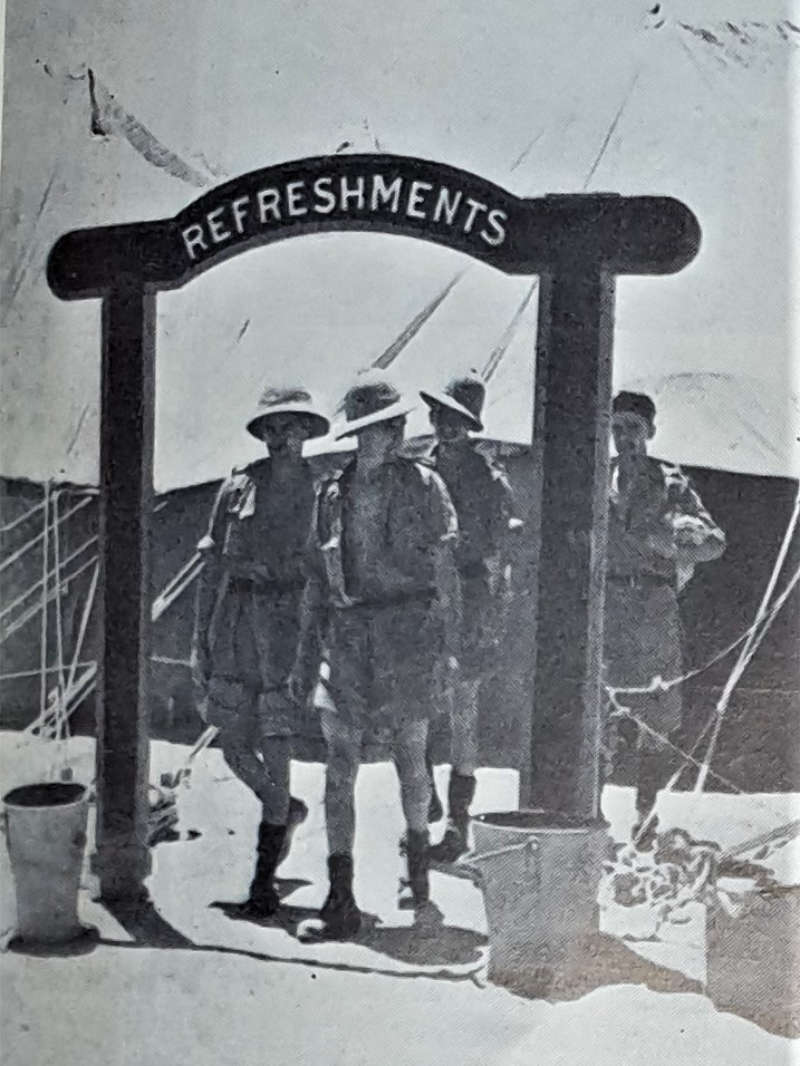 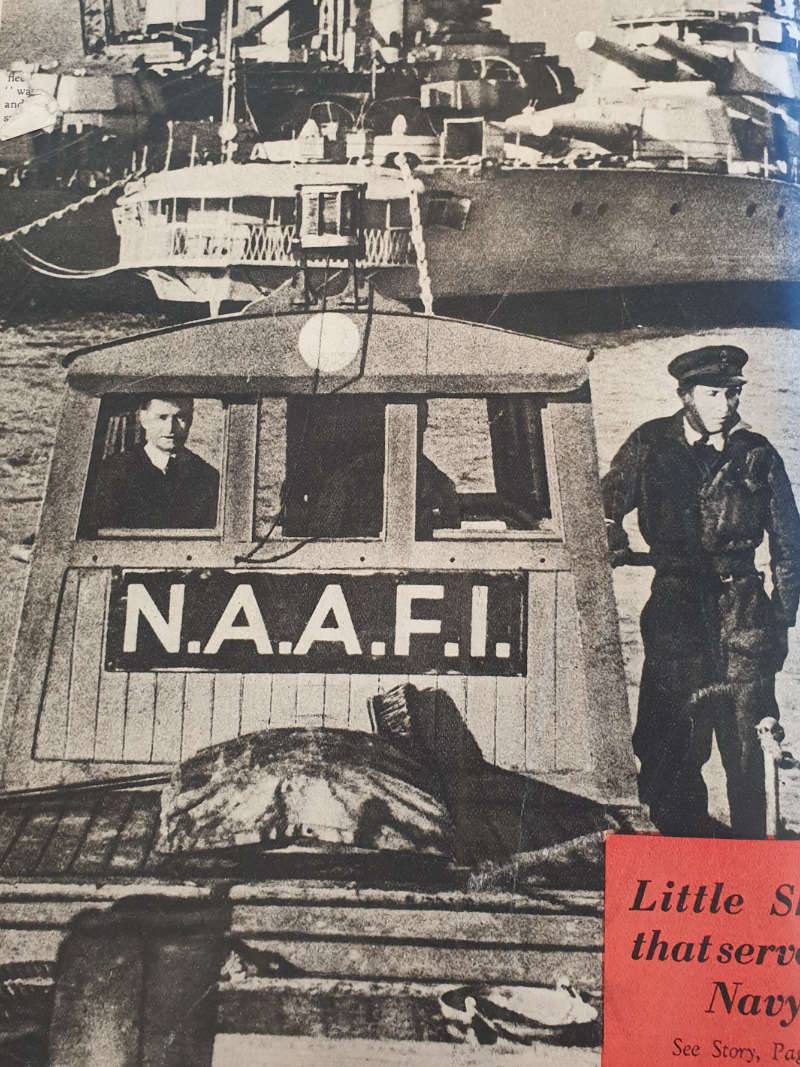 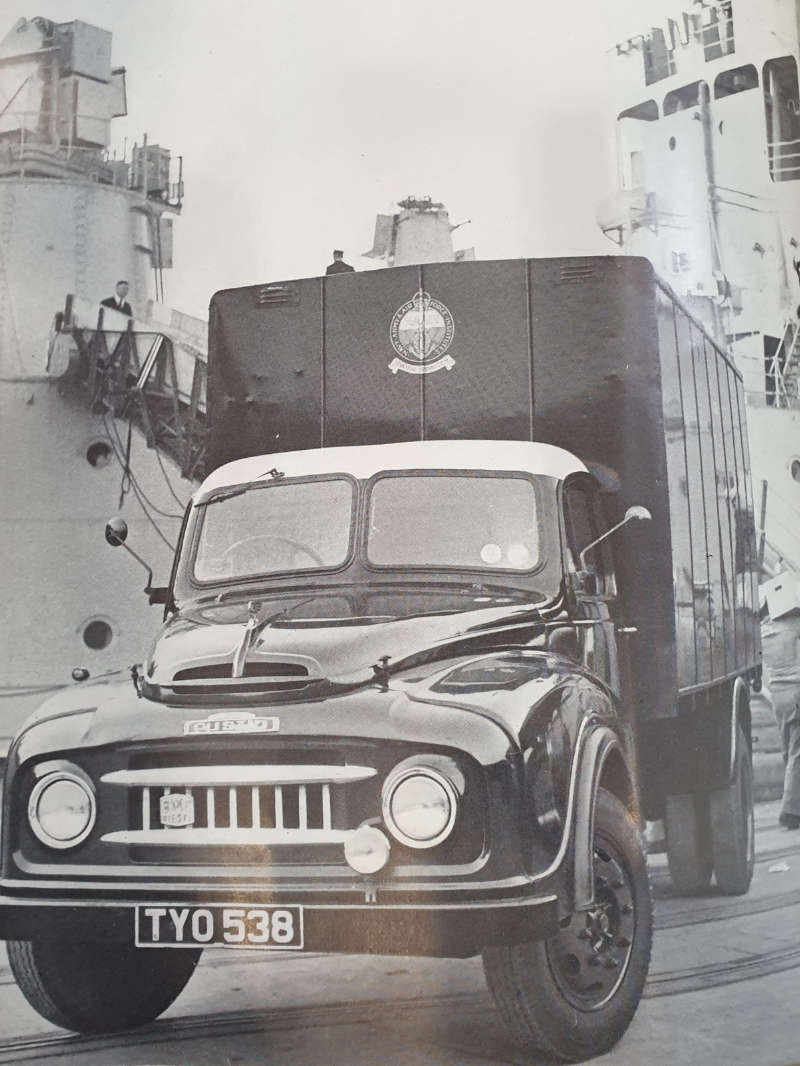 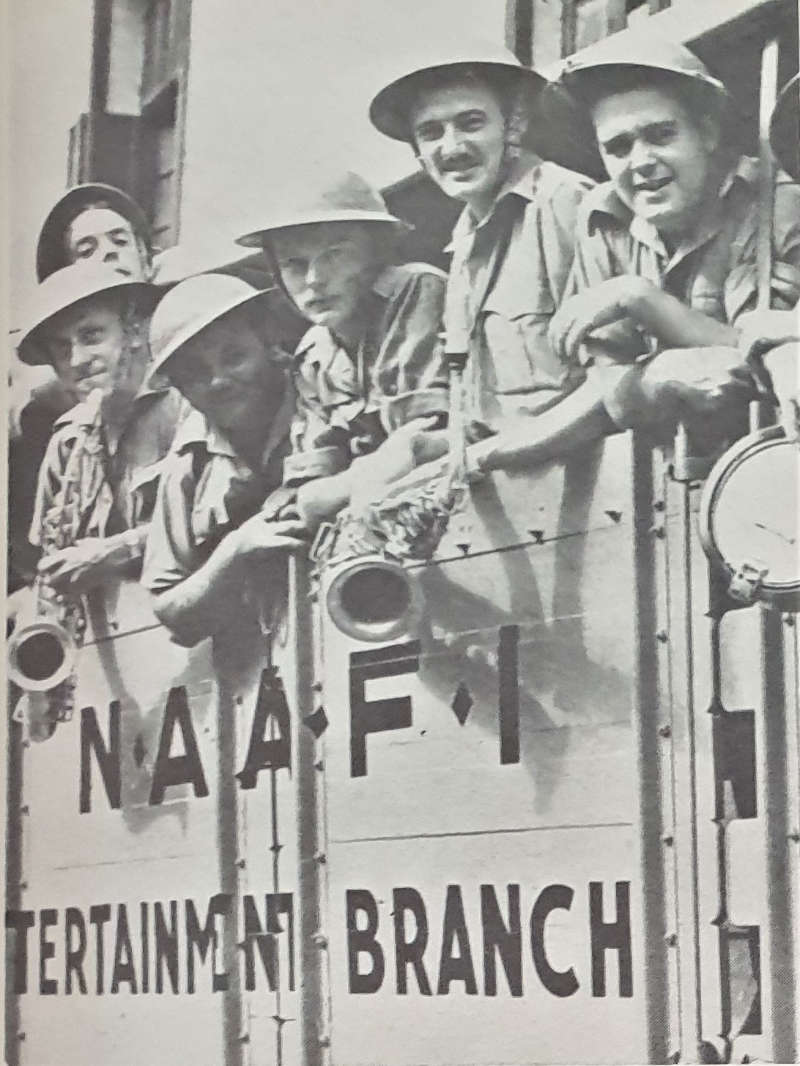 NAAFI rescaled its operations, closing canteens at a rate of 200 per week and reducing the number of employees to 65,000 by 1947. From the 1950s to the 1980s NAAFI expanded its offer to include hotels and holiday camps for military families.

Up until the 1990s, NAAFI had a large-scale internal logistics and distribution operation with warehousing locations across the globe, as well as a tea factory, bottling plants for soft drinks, water and wine, bakeries, abattoirs and butchers.

Since then, NAAFI has proudly continued to support our British Forces at home and abroad, including the conflicts in The Falklands, NATO obligations during the Bosnian conflict, the two Gulf Wars and Afghanistan amongst many others. 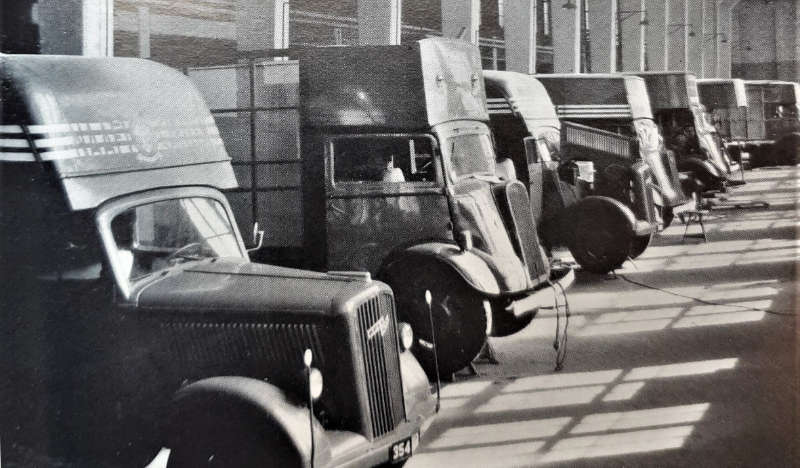 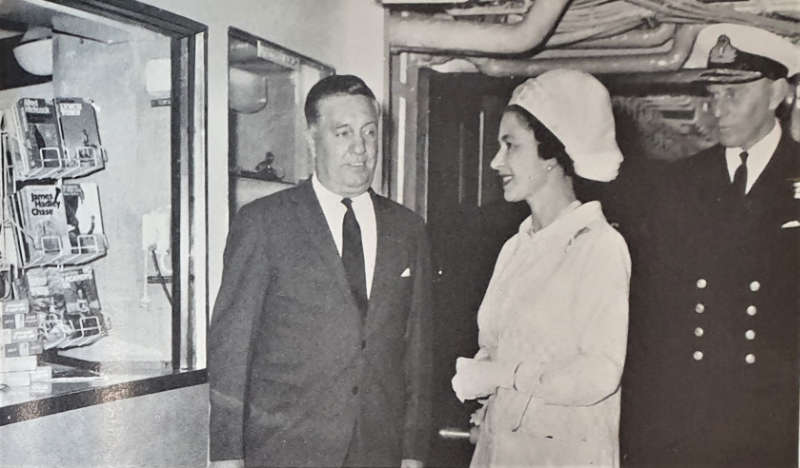 NAAFI has enjoyed a long history of Royal association since King George VI granted his patronage to NAAFI in 1946 followed by Queen Elizabeth II upon her accession to the throne in 1952.

In addition to the Royal connection of the NAAFI patronage, NAAFI provided services in Buckingham Palace for a number of years, as well as on board the Royal Yacht Britannia!

We are proud of our relationship with our Royal Family, in particular our patron, Queen Elizabeth II who wrote to us in December 2020, in celebration of our 100th Birthday: 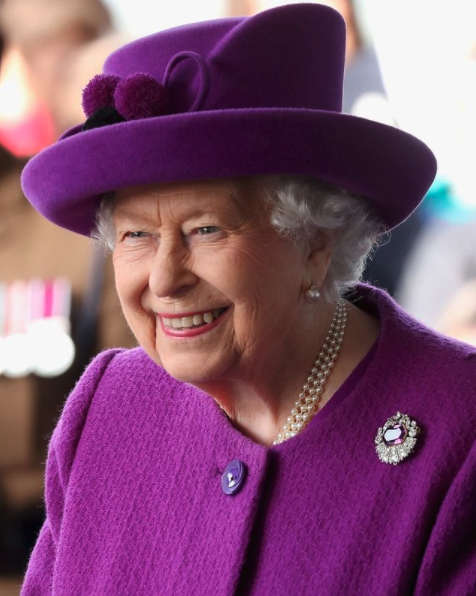 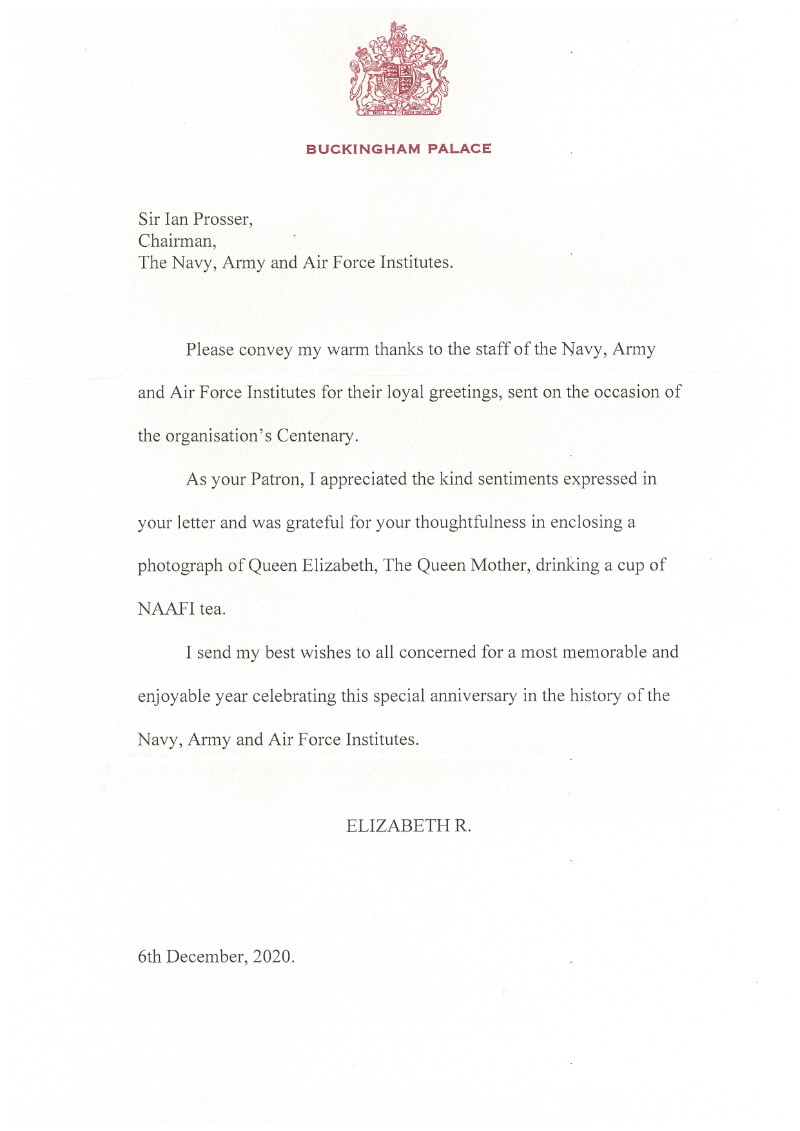 “Please convey my warm thanks to the staff of The Navy, Army and Air Force Institutes for their kind message of loyal greetings sent on the occasion of the organisation’s centenary. As your patron, I appreciated the kind sentiments expressed in your letter and was grateful for your thoughtfulness in enclosing a photograph of Queen Elizabeth, The Queen Mother, drinking a cup of NAAFI tea. I send my best wishes to all concerned for a most memorable and enjoyable year celebrating this special anniversary in the history of the Navy, Army and Air Force Institutes.”